I can't say that the recipe for Turkey in red mole (p. 444)--obviously utilizing Red mole (p. 549)--was burning a hole in my cookbook. I've never even had anything in mole sauce. I have absolutely no idea what it was supposed to taste like. In fact, the only things I know about mole are that it includes chocolate and that it is a Mexican sauce. So why make it? The obvious reason--it was on the randomized list.

This red mole sauce is one of the most complex recipes I have made. It has tons and tons and tons of ingredients and steps starting with dry roasting some garlic in a cast iron pan (much more garlic than this, I just staged this picture because I forgot until I was finished). 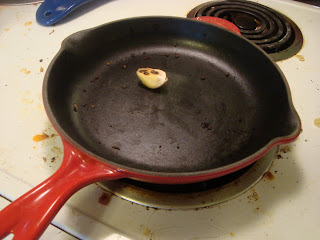 Ancho peppers are surprisingly difficult to locate in the stores around here. I remember another cook-through blogger having the same problem finding them. After I managed to find the peppers, I didn't buy enough ( 2 oz rather than 4 oz), so I was forced to halve the recipe. The peppers (after having the stems and seeds removed) were soaked in water for about a half hour. I put a plate on top of the to keep them down (otherwise they would have floated). 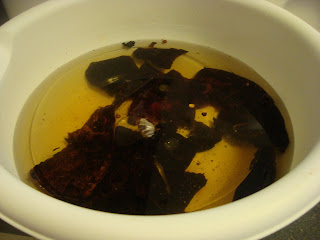 The peppers (which were briefly seared in the hot pan), garlic, poultry stock, oregano, black pepper, and cloves were all processed using my immersion blender (if anything is ever blended, you can usually assume I've utilized the immersion blender because it's so much easier than the tiny food processor or blender). 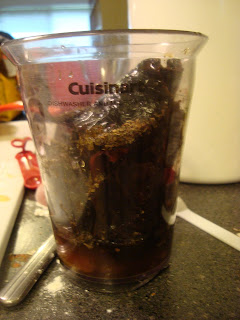 The mixture was then forced through a sieve, which is a step I usually dread. It always seems to take forever. 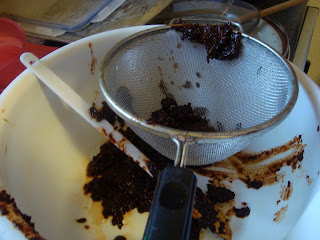 That mixture was then put aside.

In another pot, I cooked unblanched almonds until they were lightly toasted. 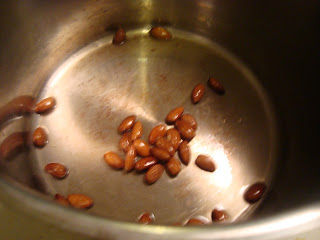 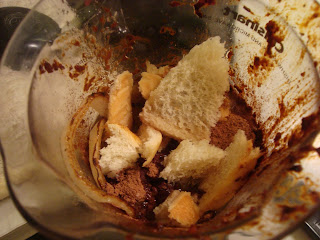 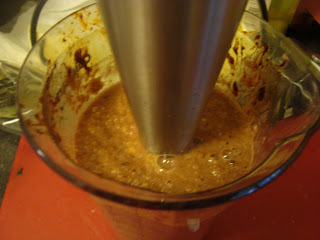 The pepper mixture was added to the pot and cooked until it darkened (I have no idea how dark it was supposed to get, I cooked it for about five minutes). 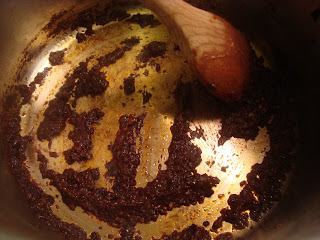 The almond mixture was added and cooked for another five minutes. 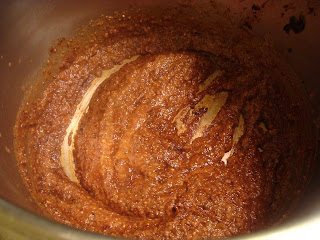 More chicken stock was then added and it was cooked for 45 minutes. 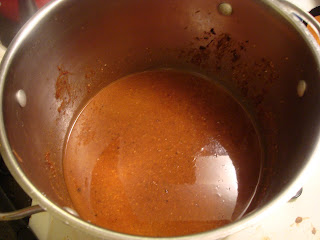 Difficult! There is a difference between recipes that take all day but have very little active time and this recipe which had a lot of steps that required a lot out of me. At this point, I figured that I would really have to love this sauce to bother making it again.

I decided that I had plenty of food for the night and I didn't have it in me to make one more dish, so into the refrigerator the mole sauce went. 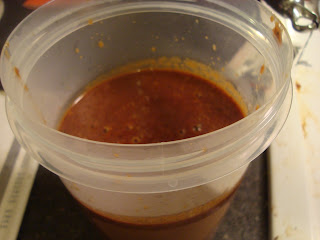 The next day I made the turkey. The recipe actually calls for either a turkey breast or turkey thigh--both cuts were expensive so I went with turkey legs instead. I managed to fit all three of them in the pan to brown. 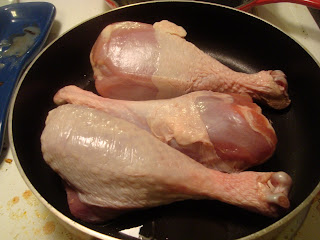 I poured the mole sauce into my pot--I realize it's not a skillet but I don't have a skillet, with a lid, that is ovenproof, so the Dutch oven was the best I could do. 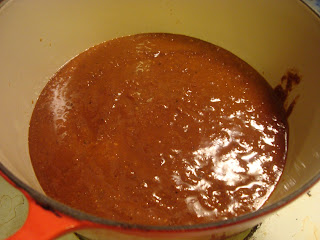 I then tried to fit the turkey legs into the pots while still having them covered in sauce. It was not easy but I finally managed it. 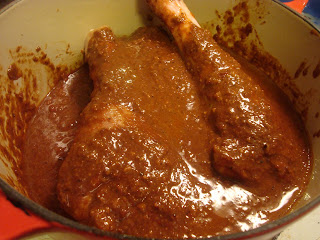 The turkey took about 45 minutes to cook and was almost falling off the bone when it was done. 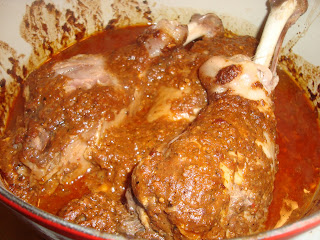 How was it? Really good. The sauce had a relatively mild flavor for having so many ingredients--but it was very very complex (layers of flavors on top of layers of flavors). Josh and I both really enjoyed the turkey, although it would be even better with some rice. What does mole sauce typically taste like? The turkey was extremely tender and falling off the bone, juicy and delicious.