Rachel pointed out that certain recipes in TJOC are synergistic. In some cases if you make a specific three recipes, TJOC will count them as a fourth recipe. Shellfish cocktails (p. 370) perfectly exemplifies this.

You select a recipe from the shellfish column (No-fail boiled shrimp, raw oysters or clams, cooked crab legs, or cooked lobsters), something out of the sauce section (remoulade sauce, cocktail sauce, mignonette sauce, or tomatillo-horseradish sauce), and a side item to serve (oyster crackers, cheese straws, soda crackers, matzo, rye crackers, garlic bread, or endive leaves) and you have shellfish cocktail (1+1+1=4)!

Quick cheese straws or wafers (p. 91) stood out as looking particularly delicious and they had the advantage of having "quick" in the title which looked even better (SCORE! Especially for when we were cooking a dozen recipes). We combined butter and cheddar in a food processor (we used cheddar instead of blue cheese because blue cheese seemed like it might be a little strong). 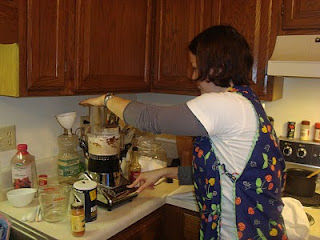 Rachel added flour, salt, red pepper, and Worcestershire sauce and processed until the mixture "came together": 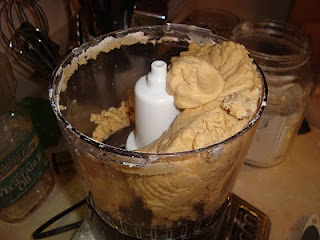 The dough was wrapped in plastic and chilled for a half hour. Rachel divided the dough into quarters and rolled it out: 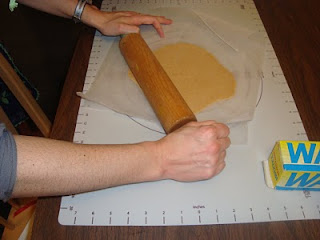 The dough was cut into strips and twisted: 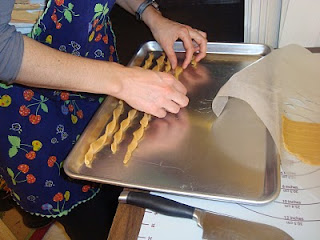 The straws were baked for about fifteen minutes: 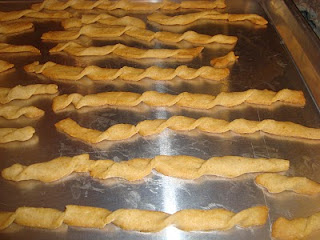 These were so good that I almost don't have words for it. They were spicy and cheesy and totally addictive. The cheese straws were both crisp and soft--they reminded me of Cheez-its but better. They were definitely spicy though--the red pepper and the sharp cheddar definitely gave them a kick. If you make these cheese straws for a party, I guarantee they will be the first thing gone. My only quibble is that they really weren't particularly "quick". In fact, they weren't quick at all.

Rachel pointed out that instead of using store-bought mayonnaise for the remoulade sauce, we could make our own and knock out another recipe. She told me that she had made mayonnaise before but it didn't work perfectly. I had made aioli but I wasn't real impressed with it (I don't think it emulsified correctly). We weren't particularly confident that the TJOC recipe would work but we had backup mayonnaise.

I separated two eggs and left the yolks in a bowl to get to room temperature. I mixed white wine vinegar, salt, and a bit of pepper together in a mixing bowl so we would have everything ready when we started. It's vital when making mayo that all the ingredients are room temperature. 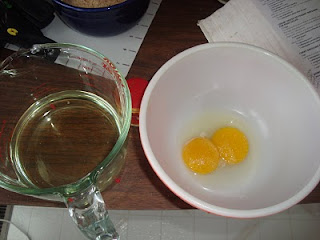 We decided that Rachel would do the whisking (I have bad wrists) and I would very slowly add the vegetable oil. Rachel whisked the eggs and vinegar mixture together until "smooth and light". 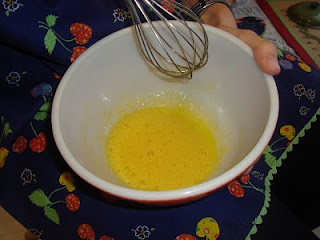 Rachel whisked like a fiend as I slowly added the oil: 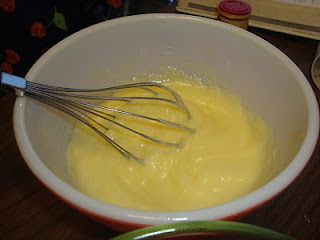 Success! We made homemade mayonnaise! It was perfect. It was a little underseasoned but it seemed perfect since we were just using it to make a sauce. In fact, we were going to use it to make Remoulade sauce (p. 581). We took the mayonnaise and added minced pickles (we could not find cornichons in Ames--it was frustrating because they are easy to get in Fort Collins), capers, parsley, tarragon, garlic, Dijon, and a little salt and pepper: 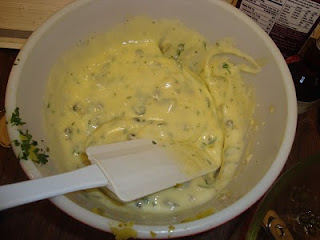 So good! It turns out I love remoulade sauce. It was similar to tarter sauce and perfect for fish. Wikipedia tells me that people in other countries use remoulade sauce on their fries and I would love to experience the pure ambrosia that must be. The sauce was quick and easy to whip up.

My first question while making No-fail boiled shrimp (p. 385) was if people often normally fail at correctly making boiled shrimp. I never have. Frankly, shrimp is the easiest shellfish to cook. I particularly like the first sentence, "If desired, simply cook the shrimp in plain water", which totally negates the point of having a recipe. 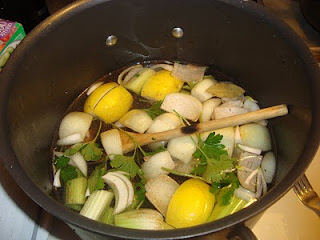 I simmered it all for ten minutes: 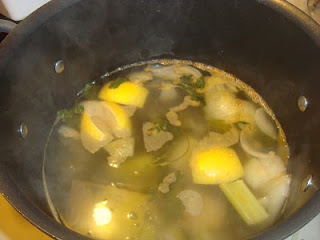 I then strained everything out of the broth and threw it away. I hate these steps in TJOC, it always seems so wasteful. It was quite a bit of stuff! 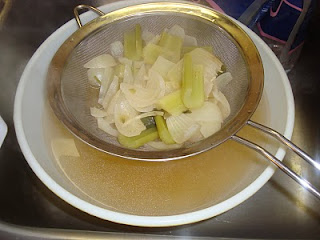 I popped the shrimp in broth and cooked it for two minutes: 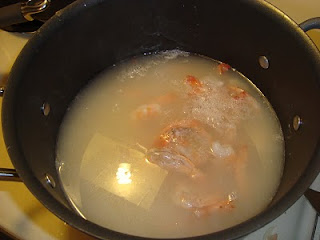 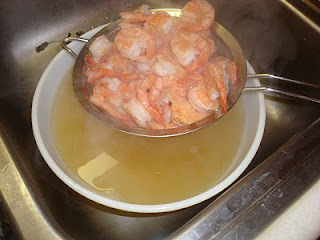 The shrimp was really good. That being said, I don't think it was any better than shrimp that were simply boiled in water. The broth gave the shrimp a very subtle taste that was evident if you just at the shrimp by itself but who does that? I always eat shrimp with some sort of sauce. I wouldn't bother with this recipe again--just bring water to a boil and pop the shrimp in for two minutes. 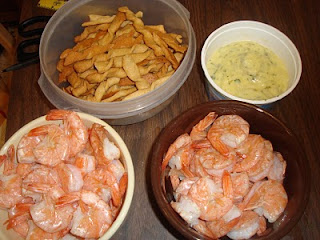 A strange combination. The shrimp and remoulade sauce go together perfectly. The cheese straws were amazing. All three of them? Odd. As I ate the delicious cheese straws over the next couple days I never thought, "Man, I wish I had some shrimp".