Rachel and I thought that making a big breakfast before I headed home to mom's house would be a great idea. It was pointed out that making a well-thought out breakfast could knock out a lot of recipes.

Continuing down the synergy pathway, we decided to make Eggs Florentine (p. 197) which neither of us had ever eaten previously. We were entering blind with no expectations.

I wasn't very impressed with my previous stab at creamed spinach. I was hoping that Creamed spinach II (p. 305) would be tastier.

I boiled about a pound of baby spinach: 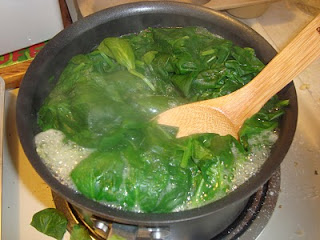 I cooked onion in butter until golden. I then added a bit of flour: 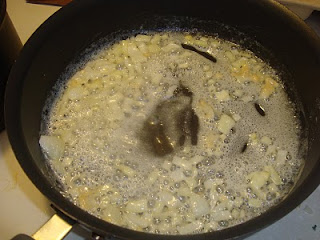 I stirred in hot cream and a little bit of sugar, finally adding the spinach. I covered the bottom of a baking dish with the creamed spinach: 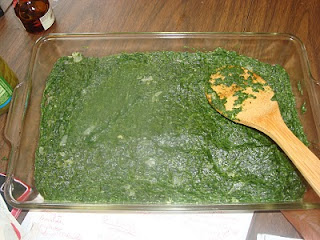 I got Mornay sauce (Cheese sauce) I (p. 551) ready. It was simple, essentially just white sauce I with a fourth cup of grated cheese added: 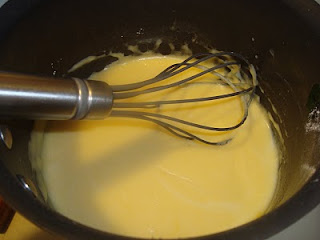 Mornay sauce is the stuff dreams are made of. I don't think there is anyone out there who doesn't love a good cheese sauce (unless you hate cheese). This cheese sauce is simple, mild, and creamy. Truly delicious.

I poached my eggs: 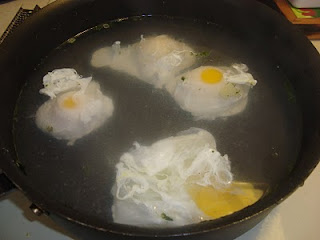 One of the yolks broke but I thought 3/4 success was pretty good. It was stressful transferring them and trying not to break the fragile yolks! I think I'm getting better at poaching eggs, although they still aren't pretty.I layered the eggs on the spinach: 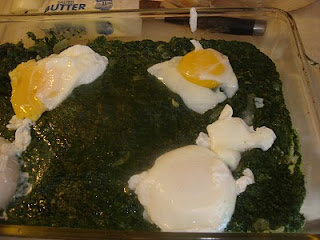 The Mornay sauce was poured over the eggs: 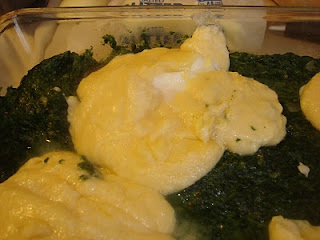 The poached eggs were covered with Au gratin I (p. 961) (essentially just breadcrumbs): 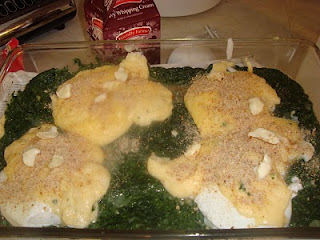 The whole thing was briefly baked: 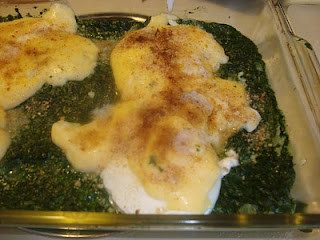 And done! Delicious with toast and bacon: 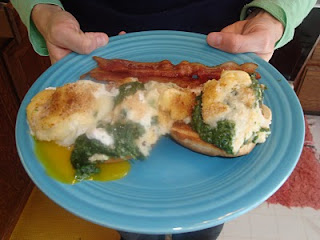 This recipe is a perfect example of the whole being better than the individual parts. I don't particularly love poached eggs or creamed spinach alone but combined, and with delicious Mornay sauce, the dish was amazing. I thought it looked quite impressive too--I will totally make this again. It was SO good.