Mom was excited that she got to make half of the recipes again, since I essentially took Thanksgiving over for the last three years and pushed her out of the kitchen. It was really fun and laid back with both of us cooking. In fact, for most of the day we worried, because the cooking was going really smoothly and we had so much downtime--it seemed wrong almost. We are used to being stressed out and frantic!
Mom made her pumpkin pie Thursday morning. Because pumpkin pie is a single-crust pie (and mom bought store-bought crusts), she had a crust left over. She was convinced that I should whip up some sort of second pie.
I searched TJOC for something simple for which we already had the ingredients. I kept worrying that a pie was going to take vital time for other recipes that were already on the menu--I knew it would take at least an hour. I gave in, though, and decided to make Fudge pie (p. 686).
The recipe wasn't very difficult. I creamed sugar and butter in one bowl, egg yolks, melted chocolate, flour, and vanilla in a second, and egg whites and salt in a third. 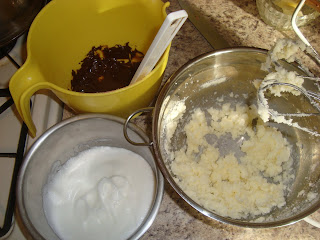 I beat the egg mixture into the sugar mixture: 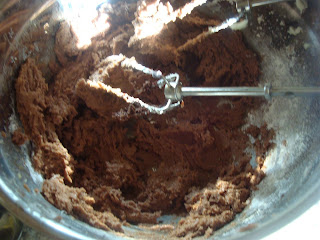 I added the nuts and then folded in the egg whites: 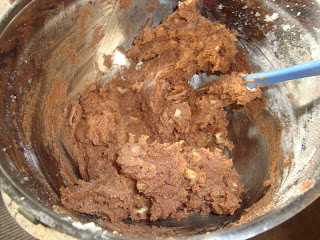 Folding in the egg whites took FOREVER. Honestly, I didn't think it was going to happen. I thought I was going to end up with a pie with huge chunks of egg white in the middle. Eventually it happened, so just be patient if you are making this recipe.
At this point I actually read the last sentence of the recipe. Remember, above, when I told you I was making this pie specifically to use the second pie crust? Well, Fudge pie is a crustless pie. It doesn't use a crust, just a greased pie pan. Whoops. 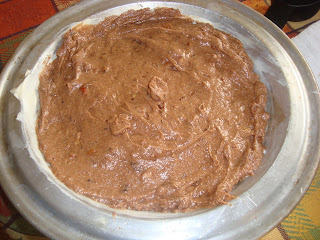 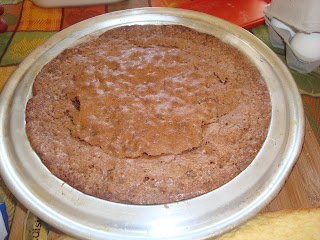 This is not a pie. It is a giant brownie. It's good but it's not a pie. I'm not sure why they call it a pie. It doesn't have a pie texture, it has no filling, it has no crust, it is not a pie. It has the exact consistency and taste of a giant brownie. If you like brownies, make this recipe.
Whole berry cranberry sauce (p. 221) is the third or fourth TJOC cranberry recipe I've made. It is a VERY simple recipe but it still managed to greatly confuse me.
I combined sugar and water and boiled it for five minutes: 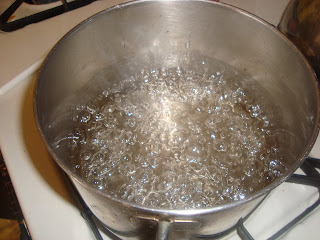 I added a pound of cranberries to the pot: 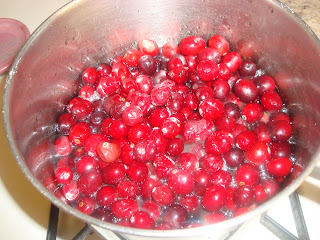 TJOC says to simmer the berries until "translucent". How are cranberries going to become translucent? Doesn't translucent mean see-through? At no point could I see through any of the berries. 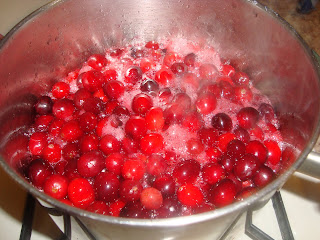 As mom read the recipe and looked at my cranberries, she wondered aloud what was supposed to cause the cranberries to gel in a way so that they could be unmolded: 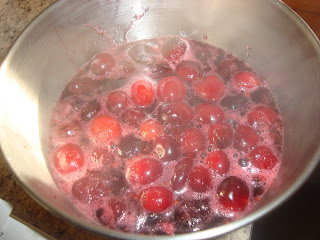 I don't know the answer to that. I will tell you that they never firmed up enough to be unmolded. This cranberry recipe is delicious but intense. It is only for true cranberry lovers because it has nothing in it except water, sugar, and cranberries. It's incredibly sour--I thought it was delicious. Mom thought it was delicious. Josh and his brother found it far less amazing. The cranberries are vegan, so they'd be a good choice if you had a mixed crowd.
Mom's cranberry dish was far more accessible, although I'm not sure why it has a clear cap: 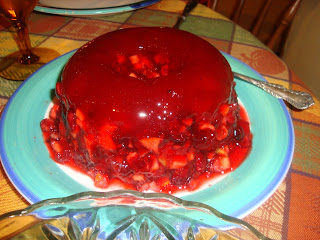 Yum! I loved both cranberries.
A few extra pictures:
Josh and his brother spent much of the day watching Supernatural and smoking cigars: 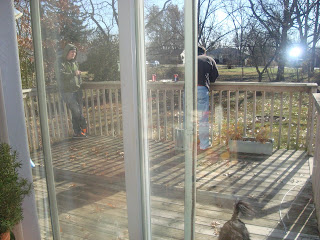 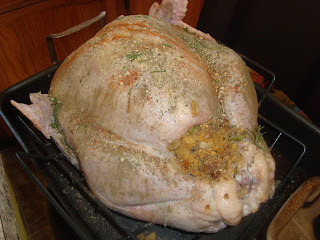 One more Thanksgiving post to go! I would love to hear what other people ate for Tday.