I haven't made almost any of the yeasted breads in TJOC. Regular readers know why--I'm terrified of baking yeasted bread at high-altitude because I haven't had very good luck with them so far. Rachel pointed out that we could make some sort of roll to go with our meal, since we were in Iowa rather than Colorado. I thought that was a terrific idea. We settled on the delicious looking Parker House rolls (p. 610).

We heated milk until warm, adding butter, sugar, and salt, and stirring until the sugar was dissolved. In another bowl we dissolved yeast in water and let it sit. When is was dissolved and the milk was lukewarm, we stirred them together. Flour was stirred and then kneaded in to the yeast mixture and the dough was covered: 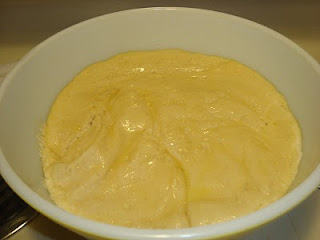 When it doubled in bulk it was ready to go. 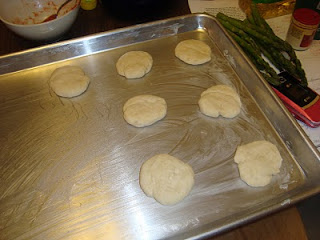 I'm guessing the point of that step is so that they are easy to pop open and butter when they are fully cooked.

At this point, Rachel pointed out that Cloverleaf rolls (p. 610) use the exact same recipe and are just in another shape. It occurred to us that we could make a half batch of each of them and count off two recipes. That seemed like a great idea!

For the cloverleafs she divided the dough in to little balls and placed three of them to a cup in a muffin pan: 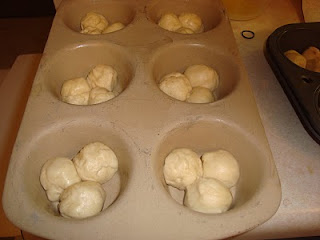 All of the rolls were brushed with butter: 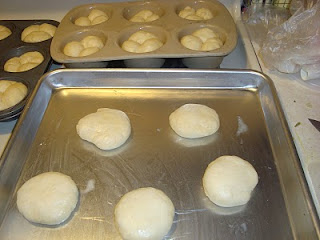 And they all cooked for about fifteen minutes: 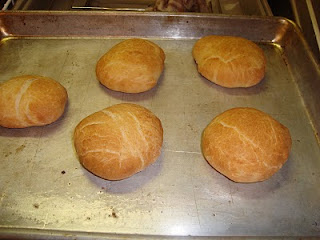 The cloverleafs broke in to thirds perfectly: 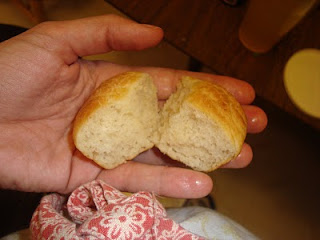 THESE WERE DELICIOUS! They were so delicious that they fully deserve the caps lock. They were light and airy with a terrific flavor. Rachel and I went back and forth on which shape we liked the best. I actually kind of liked the flat ones, although it was fun to break the cloverleafs apart (it seemed fancy). These are easy beginner rolls and I think they would be a big hit at a dinner party or family get-together. Who doesn't like a homemade roll?

Random facts (all awesome and from Wikipedia):